ROSWELL, Ga. — Thursday, November 8 — Tripwire Interactive is proud to announce that legendary actor and speaker of words, Gary Busey, will be starring as Badass Santa in the upcoming Killing Floor 2 – Twisted Christmas: Season’s Beatings update. Scheduled to launch in early December for PlayStation®4, PlayStation®4 Pro, Xbox One, Xbox One X, and PC via Steam, the Twisted Christmas: Season’s Beatings update is one of Tripwire Interactive’s biggest events to date with new maps, weapons, and a new playable Badass Santa purchasable character voiced by Gary Busey himself! Busey also voiced the Trader in the update which will be free for all players during the Christmas themed event.

Today’s announcement also follows exciting news that publisher and developer Tripwire Interactive has sold over three million units globally of Killing Floor 2 across all platforms since the title first launched in November, 2016. With roots in the modding community as winners of the Make Something Unreal 2004 competition with Red Orchestra, Tripwire Interactive continues to keep active players engaged while growing its player base with regular, significant updates and close communications with its community.

To celebrate this milestone, all Killing Floor 2 players can look forward to the gift of Gary Busey when the Killing Floor 2 – Twisted Christmas: Season’s Beatings update launches. Soon, Killing Floor 2 players can let Gary Busey advise them on weapon and gear purchases between rounds at the Free Trader station. Players interested in an advanced look at the Twisted Christmas: Season’s Beatings update are advised to keep an eye on the official Steam page for details on how to access the upcoming beta for the update soon.

In Killing Floor 2, players descend into continental Europe where the outbreak caused by Horzine Biotech’s failed experiment has quickly spread and gained unstoppable momentum, essentially paralyzing the European Union— Just one month after the events in the original KILLING FLOOR, the specimen clones are everywhere and civilization is in disarray; communications have failed, governments have collapsed, and military forces have been systematically eradicated. The people of Europe know survival and self-preservation too well and lucky survivors have gone into hiding.

Not all have given up hope though… A group of civilians and mercenaries have banded together to combat the outbreak and established privately funded operation bases across Europe. Upon tracking specimen clone outbreaks, players will descend into zed-laden hot zones and exterminate them.

Killing Floor 2 is developed and published by Tripwire Interactive and is published at retail by Deep Silver and Iceberg Interactive for the Xbox One, Xbox One X, PlayStation®4 Pro, PlayStation®4, and PC. This title has been rated M by the ESRB, PEGI 18, USK 18

About Tripwire Interactive
Gamers want games that grab their attention and will keep them coming back for more. Tripwire has been producing those types of games since the first Red Orchestra mod that won the “Make Something Unreal” competition in 2004. Since then Tripwire has won numerous Multiplayer and FPS Game of the Year awards from top editorial sites—and millions have played a Red Orchestra or Killing Floor game, with an average play time of over 40 hours, per player, per game! Since it first launched for PC in 2009, Killing Floor has sold over five million units worldwide. Tripwire has published select 3rd-party titles (The Ball, Zeno Clash, Dwarfs?!), supported each title with free extra content and taken their brand of winning gaming to console, to continuously expand that base. Tripwire will continue to offer new and exciting gaming experiences both to their millions of fans and to new gamers alike—including Killing Floor 2 for PC, PlayStation®4, PlayStation®4 Pro, Xbox One, and Xbox One X, Rising Storm 2: Vietnam for PC, Killing Floor: Incursion for Oculus Touch and HTC VIVE in 2017—along with PlayStation®VR and Windows Mixed Reality in 2018. In addition to developing their own games Tripwire announced a new publishing division at E3 2018 designed to help other independent studios bring their games to market through a truly collaborative publishing model. Road Redemption for PC, PlayStation®4, PlayStation®4 Pro, Xbox One, Xbox One X, and Nintendo Switch will be the first game to come from the new publishing arm in Fall 2018 and Maneater for PC will be coming in 2019.  Tripwire also recently announced a partnership with Digital Lode to bring Espire 1: VR Operative to VR platforms in 2019. To find out why millions of gamers spend so much time playing Tripwire games and getting involved with Tripwire’s special events for existing games, visit the website at www.tripwireinteractive.com for all the latest news direct from the studio.

“PlayStation” is a registered trademark of Sony Interactive Entertainment Inc.

“Xbox” is a registered trademark of Microsoft Corporation.

Thank you for participating! We have selected the winners and sent them their codes. #StayHome #StaySafe #PlayGames https://t.co/AW3utg92rC 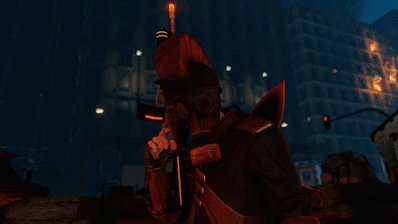 “Take out some of those pent-up emotions on hordes of zombies…” from @GameSpot‘s assessment of Neon Nightmares, the new #cyberpunk update for @KillingFloor 2 – from @TripwireInt. #BestOPS

Take down some zeds with new map & weapons – and a bunch of neon:
https://t.co/loB2a8B6Ml

Search for answers in Deliver Us The Moon, from @WiredP & @KeokeN, arriving on #PS4 & #XboxOne April 24! (Switch in Summer) #BestOPS